Abstract: In recent years, women and feminists have been using the Internet and social media as channels for mobilization. The feminist activism is now visible in offline and online spheres; however, the same can be observed for misogynistic attitudes. For a few years now, South Korean cyberspace has observed growth in feminist communities and actions. Through the Internet and social media, South Korean women increase their visibility and voices and challenge the socio-cultural and political norms. This essay briefly discusses the growing visibility and importance of the online feminist community and discourse, and how these affect the gender relation in South Korea.

The Internet and social media have become an essential part of our daily lives. Our online and offline lives are strongly entwined: we work, study, communicate, share information, to name just a few activities, in both the online and the offline spheres. The Internet provides not only opportunities, but it also creates a space for exclusion and discriminatory practices such as doxing, cyberbully, public shaming, hate speech and many other toxic behaviours.

Early media scholars believed that, due to its anonymity and pervasiveness, the Internet would be an egalitarian space (Orgad, 2005; Vickery & Everbach, 2018). It was believed that traditional hierarchies and social structures would not be reflected in the online sphere and the Internet would provide a safe space for everyone, regardless of gender, race, sexuality, or other factors.

Cyberfeminists also believed that the Internet and technology could be tools through which women can overcome oppressions (Poland, 2016). However, as many critical media scholars have noticed, the Internet has become just another space where hierarchies and power relations visible in our society are reinforced and recreated (van Zoonen, 2001). Cyberspace not only mirrors these social hierarchies and hostility but also provides a new platform for prejudices while strengthening the old ways of discrimination.

Due to technological advancements, we can follow important events all over the world and share and discuss our experiences or opinions with many people. Moreover, some scholars argue that due to the omnipresent connectivity of people worldwide we have entered the era of hyperconnectivity, which impacts and changes our social behaviour and relationships (Cheok, Edwards & Muniru, 2018).

The Internet and social media have become an important tool for women in expressing their visibility and opinions, getting engaged in public debates and building collective solidarity and community. However, together with the growth of women’s online activism, misogynistic and anti-feminist attitudes have grown as well. Women’s participation in the online sphere can be seen as a threat to traditional socio-cultural norms by some users. This hostility towards women exposes them to abuse and threats in both online and offline spheres.

South Korea is among the world’s most technologically advanced countries. The online culture and communities are essential parts of South Korea. The online communities impact the changing socio-cultural issues as their actions often move from the online to the offline sphere. For instance, Kang (2016) suggested that the images and words that are constantly circulated on the Internet might affect people and push them to get involved in socio-cultural actions, such as demonstrations; thus, while the Internet might not be a determining force for collective actions, it certainly has an impact on people’s behaviour and actions.

The Rise of Digital Feminism

The feminist movements and demand for gender equality in South Korea since the beginning of the 21st century have been growing in significance. The growing importance of online culture and communities have impacted feminist movements as well. The #MeToo movement in South Korea was one of the biggest in East Asia, and in recent years many Korean women and men have started to redefine feminism and challenged the stigmatization of being a feminist. There are a few factors why the feminist movement is getting more attention in South Korea than in other countries, and its online culture is one of many factors that contribute to the growing popularity of feminism and women’s activism in the South Korean online sphere.

Digital feminism can be dated back to female-centred online communities in the 1990s (Jeong and Lee, 2018). Since then, the movement has been growing alongside the increasing popularity of computer-mediated modes of communication (Jeong and Lee, 2018). According to Jinsook Kim (2017), Korean online spheres have been constructed as gendered and male-dominated. Thus, these female-centered online communities offered women a space to share their thoughts, experience and gain a sense of solidarity and support in male-dominated cyberspace. However, as the visibility of women and feminists in the online space increased, online misogyny escalated as well.

The terms feminism and feminist still have pejorative connotations and feminists are repeatedly portrayed as man-haters and extremists. Together with women’s movements and support for feminism, the anti-feminist sentiments are growing as well. Korean men, especially those in their 20s or 30s, feel that they are discriminated against by women and the system, calling it reverse discrimination (Suzuki, 2019). The offensive terms for women and feminists, such as kimchi-nyeo/nyeon (kimchi woman/bitch), femi-nyeon (feminist bitch) or ggolfemi (feminazi), which are visible on online platforms, contribute to normalizing misogyny and misogynistic behaviours for users through casual use of these derogatory terms (Kim, 2018).

The online misogyny and hostility toward feminism and feminists were the reasons for the growing online feminist movement and activism. In 2015 a radical feminist group Megalia entered cyberspace. However, this group was not only interested in expanding feminist messages or sharing their experiences; Megalia adopted trolling tactics, misogynistic language and aimed to provoke male users. Through so-called mirroring, they copied the very same misogynistic language and tactics and reversed the position of the victims (females) and the offenders (males). According to Jeong and Lee (2018), “This mirroring reveals how bizarre the original was, and allows users to recognize the misogynistic assumptions and tones that were hitherto so pervasive as to be almost imperceptible” (708).

Megalia was a group that entered online space with a clear purpose; however, some feminist actions take place more spontaneously, without any group organization. Of course, female-dominated online communities are essential for the expansion of the online feminist movements, but the movement and actions are not limited to these communities. In recent years, social media has become a tool for activism, mostly for solidarity and campaigns actions. Due to global popularity and virality, social media such as Facebook or Twitter are popular places to express support for certain activities, regardless of one’s place of residence. The so-called hashtag feminism on Twitter has increased a debate about feminism, gender equality and so on, in both online and offline spheres. This online feminism activism via social media is well known in South Korea. For instance, a first prominent online activism concerning feminism on Twitter took place in 2015 via #iamafeminist (kor. #naneun-feminist-ipnida). For over three months, starting from February to May 2015, roughly 3,600 tweets were tagged by this hashtag and retweeted 26,500 times (Kim, 2017).

As Kim (2017) noticed, this online feminist activism gave a voice to women in the male-dominated sphere, and it was the first public and collective declaration of those who identify themselves as feminists. This hashtag’s main purpose was to resist anti-feminist statements and oppose the stigma against feminists on the Internet. Through this hashtag, women were trying to combat the negative perception of feminists and redefine this term. Many women haven’t identified themselves as feminists because of the opinion that only scholars conversant with feminist theory or activists could be one, not ordinary women (Kim, 2017). Through the #iamafeminist tag, Korean women have redefined and widened the term feminist, in which not only scholars or activists but ordinary women and their experiences are included. This inclusion of ordinary women was a significant shift as it provided an opportunity to address the various issues of gender discrimination and acknowledge the diversity among Korean women. 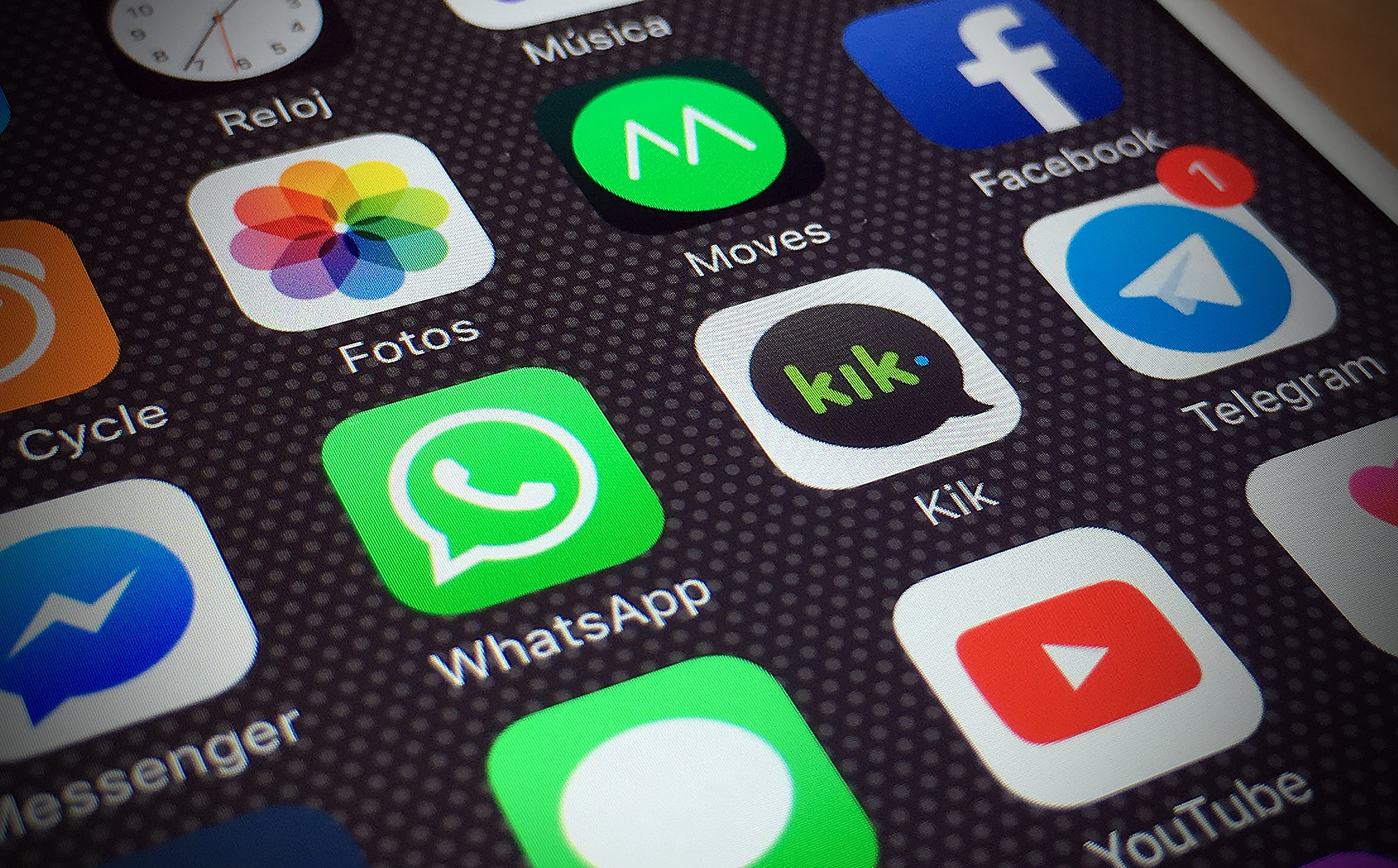 This trend of feminism on Twitter is an ongoing phenomenon. According to Twitter, in recent years, Koreans are tweeting more about feminism and women’s issues. In 2018, feminism, #metoo, and spycam were among the top ten most tweeted social keywords in Korea; in 2019, Koreans tweeted about feminism and Kim Ji-young, a film adaptation of a book “Kim Ji Young, Born 1982” that sparked a debate about gender equality in South Korea; last year they tweeted about feminism, abortion, and the Nth Room Case, a criminal case involving blackmailing and cybersex trafficking via the Telegram application (Twitter Korea, n.d.).

As online communities and social media are essential for the development of the feminist movement in South Korea, these online pushbacks and protests must occur in tandem with offline demonstrations and actions. The online actions that went beyond the online sphere can impact and change offline domains. For instance, through the #iamafeminist, women criticized anti-feminist statements online and the representation of women in Korean media. People have started to boycott programs and shows that promote misogyny or discrimination against women, and due to big support for this online feminist activism, some companies had to reverse their broadcasts (Kim, 2017).

The online communities and social media are essential for South Korean society, especially for younger generations. Until now, the vast majority of online communities are male-dominated, and it’s easy to find anti-feminist and misogynistic discourses online. However, more Korean citizens have started to criticize and oppose this online misogyny. The South Korean online feminist participation in recent years has been increasing, but luckily it has not been exclusive to the online sphere. The online actions often occurred alongside offline activism; thus, it has a more significant impact on political and socio-cultural issues. Moreover, the growing feminist movement forces more debates about feminism, its intersectionality, diversity among Korean women, and how it cooperates with other socio-political issues.