The Problem of Capitalists Owning Production: An Introduction to Indian Farmers and the Rising Agrarian Crisis

Abstract: Indian farmers are susceptible to exploitation due to the neo-liberal economic reformations that occurred in India during the 1990s. A capitalistic society with a free-market economy, India holds the world’s second-largest agricultural output. Yet, the agrarian crisis has increased over time, which has unfortunate consequences for not only the farmers but also the nation. This paper will delve into the problems faced by the Indian farmers in a capitalistic society and the agrarian crisis that is overlooked by the State. The government’s inefficiency in trying to solve this problem intertwines with social and economic failure leading the farmers to opt for suicide as a solution. A total of 296,438 deaths have been recorded between the years 1995-2015. The paper will consider the major causes and the role of political and social factors that lead to this predicament.

The term “capitalism” was greatly discussed by the most eminent critic of the system, Karl Marx. In his book Das Kapital, Marx referred to capitalists as those who owned the means of production and employed laborers in pursuit of profits. The laborers known as the proletariat produce the commodity yet do not own the means of production. The bourgeoisie or the owners of production buy the labor-power to produce their commodities and sell them with the aims of gaining profit. The wage of the laborer does not equate the value of the work done, which makes the proletariat subject to exploitation.

The situation in India, which comprises of a free-market economy, is very complicated. Not only following the model of capitalism and the free-market, India is a country inundated with cases of crony capitalism, where industrialists and the elite class, a handful few not only control means of production but a large sum of wealth and the proletariat, peasants and so-called lower-class live under debt and poverty. Crony capitalism boils down to the state extended privilege assistance to a handful, where industrialists receive many hidden benefits in return for supporting the government in power.

Jaffrelot mentions in “Le capitalisme de connivence en Inde sous Narendra Modi” (Crony Capitalism in India under Narendra Modi)”: “There has been a close relationship between business and politics in India. However, when economic liberalization took place during the 1990s, corruption became evident, where industrialists paid huge bribes to the government, forcing public banks to lend to the industrialists “close” to the government and election of businessmen in politics, creating a connection of insider trading.” (Jaffrelot, pg 2, 2018)

As only a handful of these industrialists gain ownership, and the number of laborers increases, an imbalance is created in the economy. There is a formation of social stratification and hierarchy in a society based on a person’s income and economic situation. This leads to a rise in the class struggle, inequality in the distribution of produce and wealth, and underemployment. Corruption and bribery become quintessential in such cases, and other deep-rooted problems come to surface, such as farmers resorting to suicide due to the inability to sustain life with even the necessary elements such as food, health care, and shelter. It poses a big problem not only to the economy of India but also to the formalism of Law. Law recognizes all people as equal legal subjects. Yet no article of law code acknowledges the fact that certain subjects such as capitalists own the means of production while others such as the proletariat have no means of production.

In the instance of the farmers in India, agriculture contributes about 15 percent to India’s $2.6 trillion economy. It employs nearly half of its 1.3 billion people, making it Asia’s third-largest and ranks second in the world for agricultural and farm outputs. A 2010 World Bank report on “India Country overview” states that the inclusion of India in the global economy shows substantial changes in the country’s economy in the past decade along with social benefits (World Bank, 2010). However, the industrialization of the agricultural sector in India does not seem to evict the agrarian crisis, while continuously worsening year after year.

In a farmer protest in India, farmers marched towards the parliament house during a rally to complain of the soaring farm operating costs and plunging prices of their produce. This protest occurred on November 30, 2018, in Delhi, where protestors blamed the current government in power for not taking heed to the dire situation of the farmers. When weak governance, preference of the interest of the elite, and the increase in the economic and social gap between the elite and working or “low” class combine, the State is then bound to political and economic failure.

Farmers in tens of thousands also protested in Mumbai in demand for the transfer of forest land to villagers. Repressive state apparatus such as police force was used, and 3500 personnel were deployed. In October, however, police fired teargas and water cannons in a clash with about 50,000 farmers heading to Delhi. (Al Jazeera, 2018). The previous year, police had shot and killed six farmers protesting against lower prices in the State of Madhya Pradesh. (Mekaad, 2017, Times of India). A farmer, Yadav, states that they’ve been living in conditions of poverty for a long time. The rising price of production means and falling prices of the products is a terrible situation for those already living under the poverty level. (Bhardwaj, StarOnline, 2018). These protests were one of the most prominent displays of frustration with Prime Minister Modi, who had promised a change in the lives of farmers within three months of him coming into power in 2014. His system favors the elite and sidelines the working class, which causes the farmers to live in poverty without any hope of betterment. 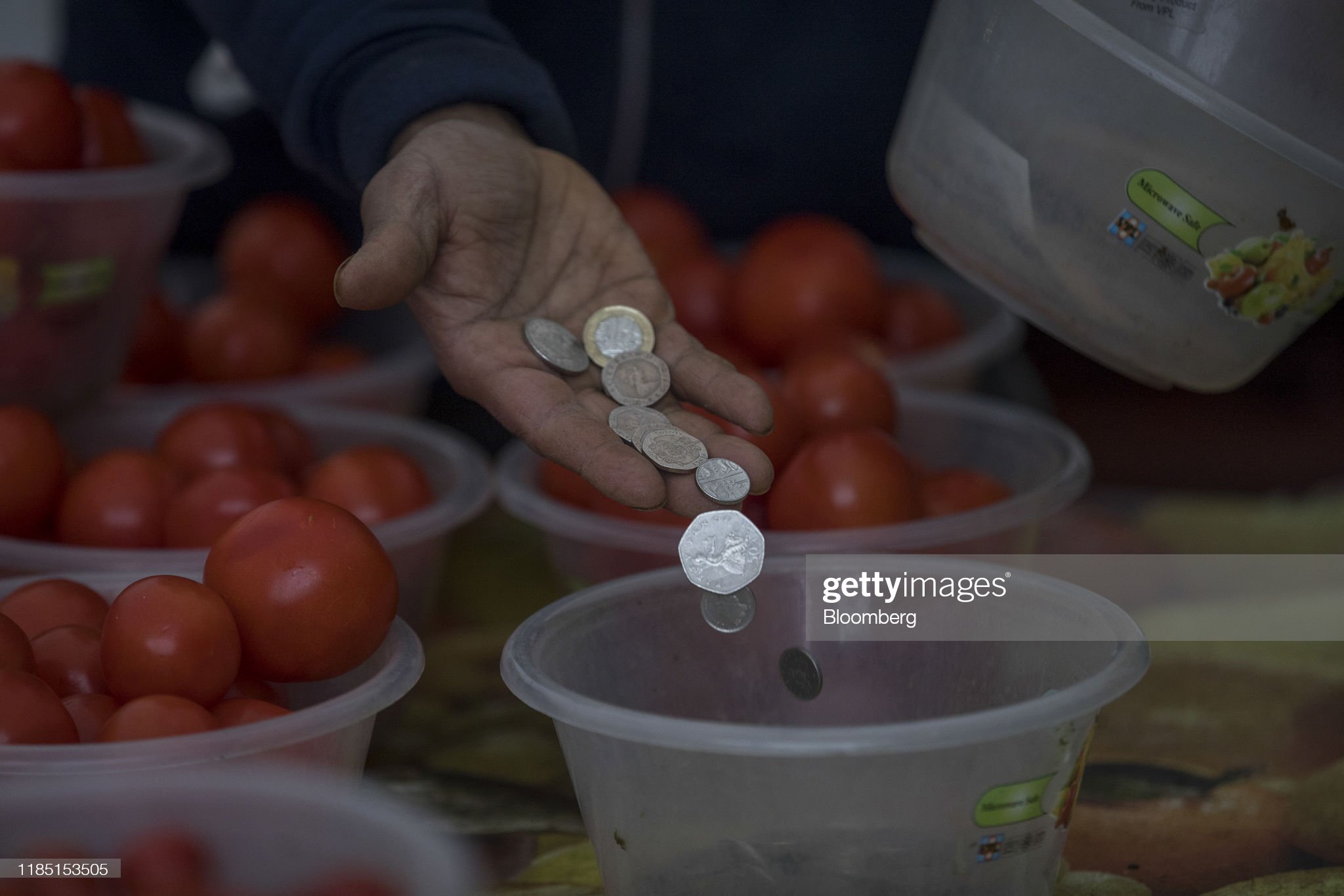 Farmers in India, with marginal landholdings, increasing debt, and a decrease in income face multifold issues. The abolishment of many forms of Indian feudalism took place in the past, but semi-feudalism still exists in some states like Bihar. Feudal lords held vast lands and control over peasants, who had to hand over all the produce to the owners of the area. These peasants would receive a bare minimum for their sustenance in return for their hard labor, and the feudal lords even had the right to collect taxation from the peasants. Today it exists in the form of the state or industrialist owned lands with peasant laborers. Both peasant workers and farmers who have small landholdings face distress. Natural causes such as drought, floods, and crop destruction are some of the reasons for farmers’ helplessness. Lack of resources and an inability to pay off debt for loans taken from banks and money lenders are some issues that leave farmers with no option but to either migrate or commit suicide. Their predicaments stemming from historical and natural causes intertwine with political and economic failures of the State.

A movie titled “Peepli Live” examines the case of farmer suicide in India and its’ connection with politics. It explores the ideology and false consciousness that we all live under, as mentioned by Althusser in his book “Ideology and Ideological State Apparatus”. Althusser states that ideology is an imagination of an individual’s relation to their real conditions of existence. The imaginary relationship of the individuals to their economic or social conditions, make them live under the false consciousness that these elements are essential for their existence. Therefore, the person tries his best to fulfill what is needed to sustain the conditions of his survival. In the case of the farmers who falsely believe that wealth can be a solution to their predicament, they become subject to this ideology to have a place to live in society and be recognized. However, they are unaware of the factors that lead to their situation, such as corruption in the political system. In the movie, the farmers opt for suicide due to their inability to pay off debts. The government schemes that prevent farmers from committing suicide by paying them a sum of money are not taken seriously. When the farmers in the movie hear about this scheme, they plan on committing suicide to receive the funds allotted from the government. Yet due to the corruption present in the local political system, they do not receive that amount. Althusser states that for a person to come out of ideology and consciousness, we would need an epistemic break. This epistemic break requires one to relearn basic concepts and the knowledge of the truth. But this is not as easy to implement as it sounds. The farmers’ problems are very complex. If they do break from one ideology, it is very likely they might fall into another one, as shown in the movie. The farmer that decided to go for suicide migrates to urban life in search of work, to solve his financial problems. But he does not realize that he gets caught in another system of capitalism and labor. He becomes subjected to his work requirements to produce commodities in exchange for a basic wage, that might not even be equal to the value of the work done.

The break mentioned above, however, can take place if there is a change in the political system, providing farmers with social and financial assistance. “Suicide continues to increase among farmers, while the government doesn’t have time for those who feed the country,” mentioned Yadav, who lead the protest and a farmer group. (Bhardwaj, Reuters, 2018). The inefficiency of the government adds to their misery in many ways. There is a lack of adequate strategies taken by the government to support cultivators. Policies carried out in the past lead to denial of essential protection, and the creation of unequal competition invited exploitation of the peasants by private companies and traders. Reducing expenditure on rural spending, trade liberalization, and privatization of economic activity had adverse impacts on agriculture. There was a decrease in public investment in agriculture, farm investment became more expensive, and rising prices of the public distribution system of food were just some of the downfalls of a neo-liberal economic order. (Ghosh, pg2-3, 2005)

Capitalists firms use new market strategies to sell produce at higher rates, so people prefer to buy the produce from these firms rather than farmers’ markets. The farmers have no choice but to sell their crops to the capitalists at low rates, increasing loss. New farming techniques that enhance crop production remain alien to the farmers, and neither are they provided with sufficient facilities such as irrigation for farming. When they face loss, there is a lack of government policies on giving insurance to recover from their failures.

The National Crime Records Bureau of India reports a total of 296,438 suicide cases from 1995 to 2015. The total number of suicide incidents in the year 2014 summed up to 5650 deaths. The report of 2015 showed the most incidence of suicides in several states in India: Maharashtra alone reported 3,030 farmer suicide cases, while Telangana reported 1,358, Karnataka 1,197 deaths, Madhya Pradesh 581, Andhra Pradesh 516 and Chhattisgarh 854. Even though one cause cannot be the reason for the increase in farmer suicides, indebtedness and bankruptcy remain the primary cause. (NCRB, pg 266, 2014). However, no data is available on farmer suicide rates from the year 2016 (Times of India, 2018), and this could be an indicator of the governments’ lack of concern with the farmers’ welfare and unequal distribution of fundamental rights of protection.

Perhaps, the form of capitalism that leads to means of production and majority state wealth to be in the hands of few bourgeoisie and Capitalists, while the working class suffers, is the main reason for the rising agrarian crises within the Indian states.

Times of India (2018): No data available on number of farmer suicide cases after 2016
https://timesofindia.indiatimes.com/articleshow/63335576.cms?utm_source=contentofinterest&utm_medium=text&utm_campaign=cppst